September 30, 2019 By Chris McClintick no Comments 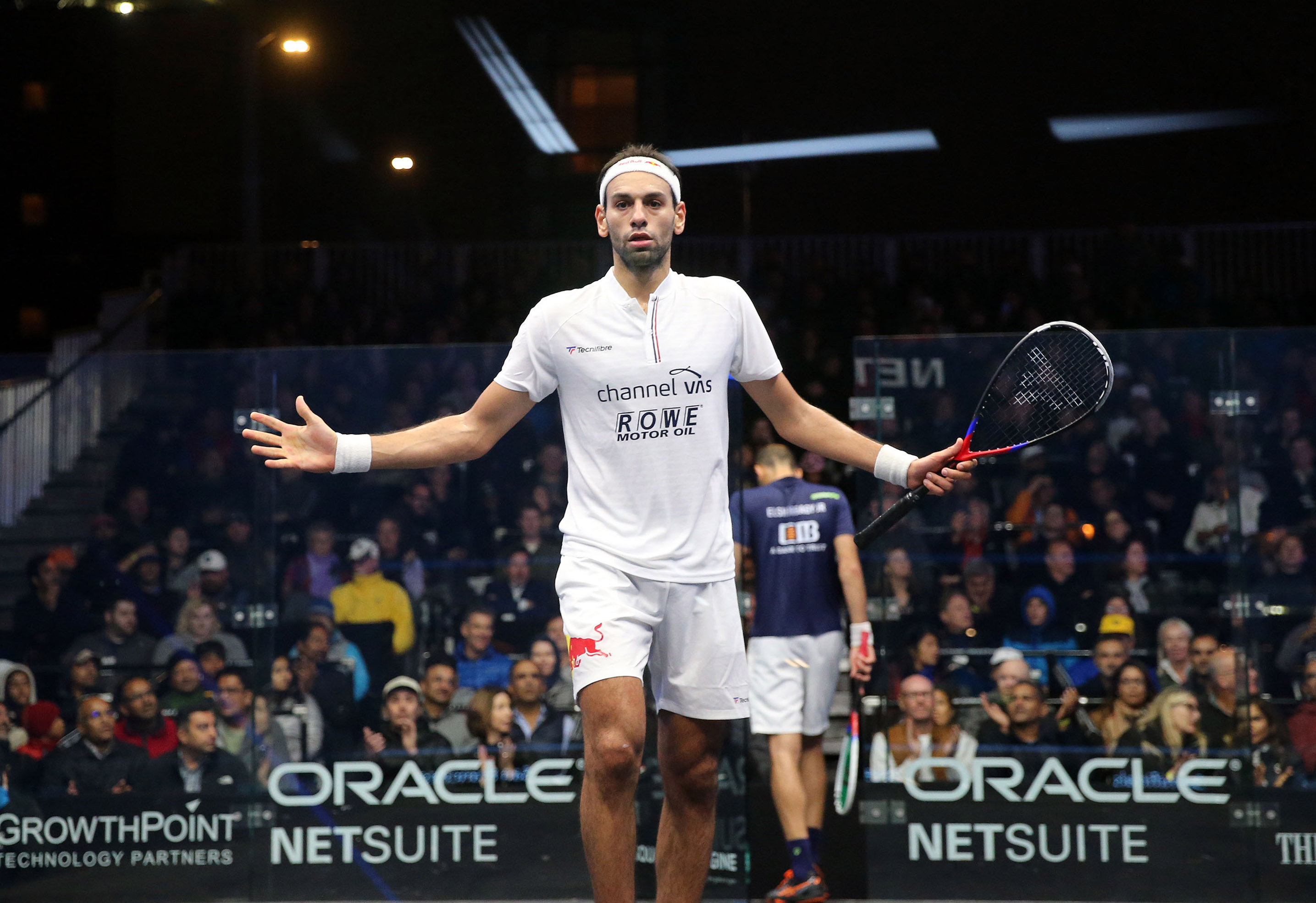 [Above: Mohamed ElShorbagy defeated his brother for the first time in a best of three format]

The clash between the ElShorbagy brothers held two contrasting games in what was their first encounter in San Francisco and in a best of three format. The elder brother and world No. 2, Mohamed, held a clear advantage throughout the first game, and earned the advantage 11-4.

The match began to flare up towards the end of the second game, both in emotion and level of play. Mohamed earned his first match ball up 10-8, when Marwan mounted a comeback. The younger brother started to earn the backing of the crowd, fighting off two match balls to level the score at 10-all. After two more more saved balls, Marwan earned his own game ball 13-12. Mohamed denied his brother the game point and eventually closed out the 17-15 after forty-one minutes.

“I am really happy to reach the final for a third consecutive year. It is not easy and it is a very different tournament this year with the best-of-three,” Mohamed ElShorbagy said. “You have to play with a very different tactic for each match. Matches are short and sharp, especially in the colder conditions. I am really happy with how I played and I always think the top guys have a way of adapting and here we are, myself and Tarek, the top two seeds are in the final together.”

Momen, the two seed and world No. 3, progressed in decisive fashion against Colombia’s Miguel Angel Rodriguez, needing only twenty-three minutes to win 11-6, 11-3.

There will be husband and wife representation in the final as world No. 1 Raneem El Welily followed suit, progressing to her second consecutive final in just fifteen minutes against India’s Joshna Chinappa in the final match of the day.

“I am happy to be in the final again. I have had good results so far and hopefully I can go one further tomorrow. It is still too early to think about that but I am happy with how I played today,” El Welily said. “I have been playing with Joshna since we were kids, we go way back. She has always had those killing shots out of nowhere and she can play them at any time. Obviously, I was prepared for a strong opponent, but I just had to be sharp today. It feels good. Tarek and I are just enjoying our time, trying to give our best on court. It is not about making it to finals, just trying to give it your best.” 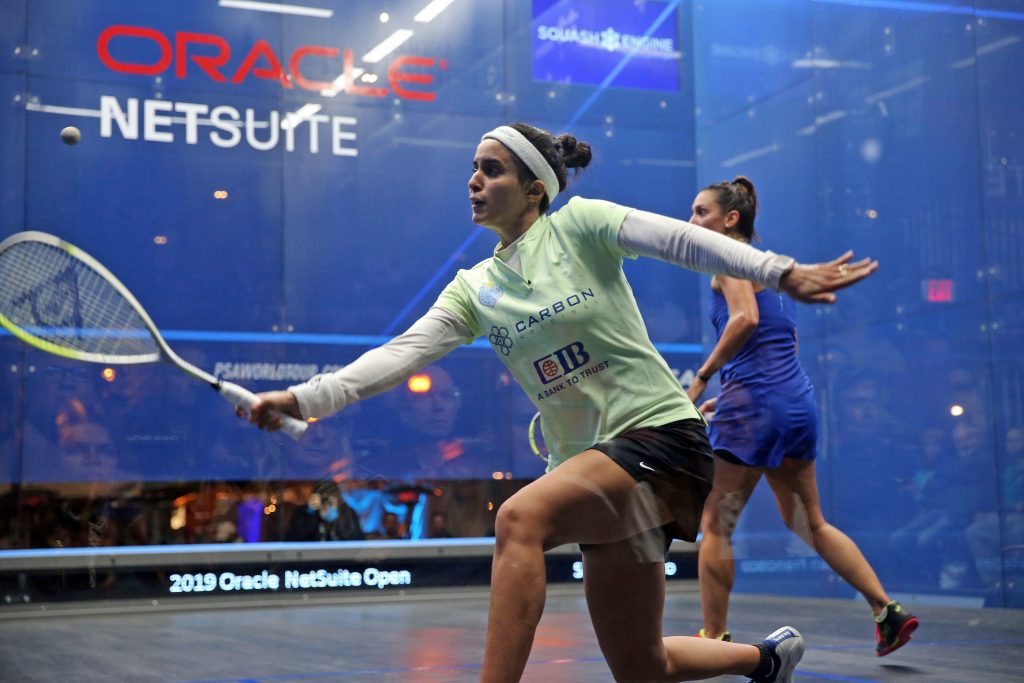 Nour El Tayeb made a victorious return to the Squash Engine glass court.

El Welily faces a difficult test in the form of compatriot and world No. 5 Nour El Tayeb, who came through an entertaining opening match against France’s world No. 3 Camille Serme in three games. It will mark their second meeting of the season, following a five-game, seventy-minute final at the China Open, which El Tayeb won.

“First of all, it is nice to win a match on this court. I haven’t been here for the last three years, so I am happy to come out with a win in the semi finals,” El Tayeb said. “I have played a lot of squash over the last couple of days. I played for an hour this morning. I just wanted to have a little bit of soreness, like Camille, who was probably feeling a little bit sore from yesterday. I wanted to feel a little bit of that soreness this morning and to feel like I have muscles, you know. I have been resting for over 48 hours without a match but it was worth the wait.”

Monday’s finals will mark the first time in tournament history that all four finalists hail from Egypt. The finals format will revert to a best of five format with the women’s final leading off the session from 7:15pm local time. Watch the final live on SquashTV.