September 25, 2017 By Chris McClintick no Comments 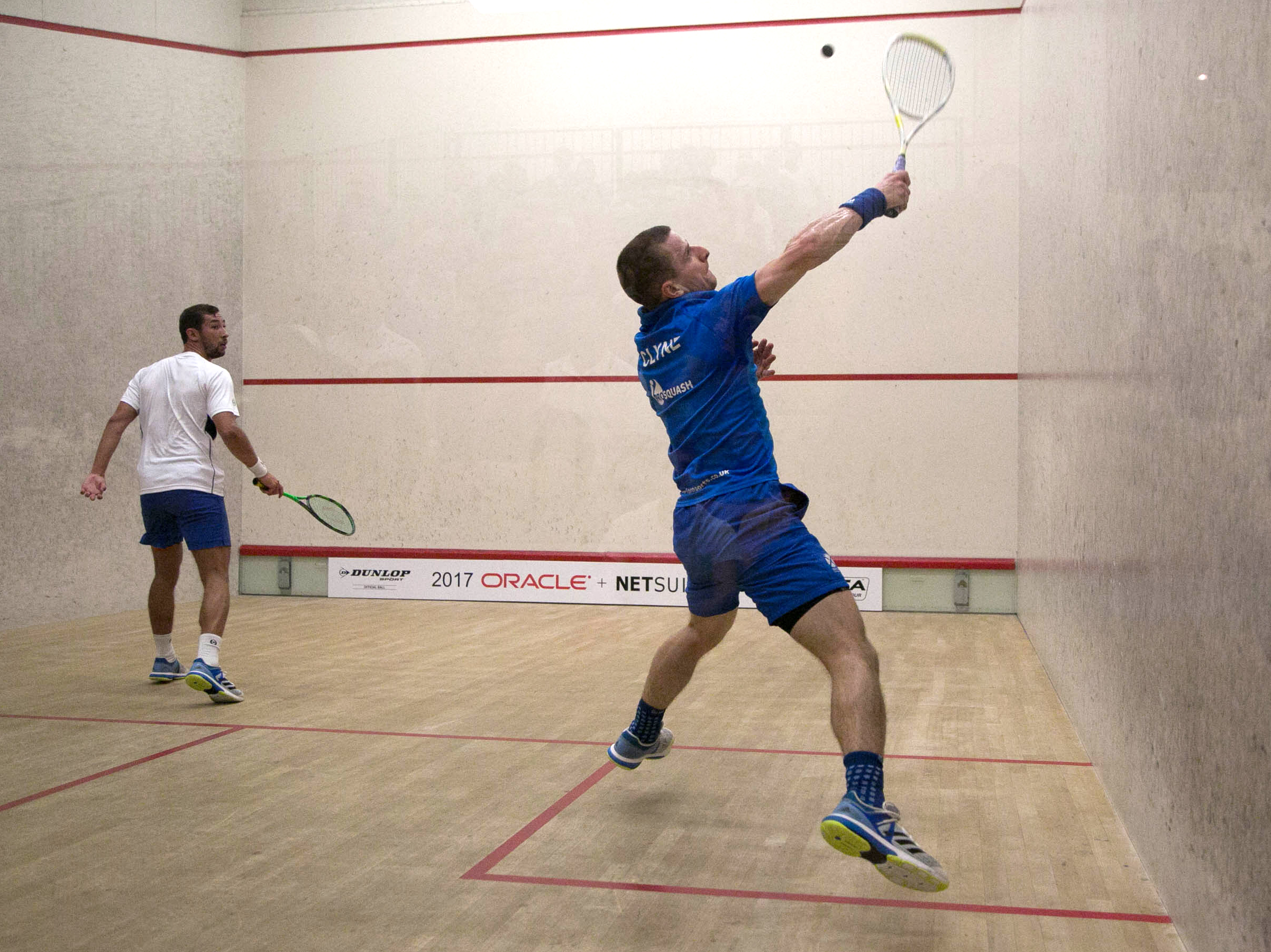 The field of thirty-two Oracle NetSuite Open qualifiers is down to sixteen qualifying finalists after the opening day of play in San Francisco Sunday afternoon at Bay Club San Francisco and the University Club.

The first match of the day produced the biggest upset when Egyptian world No. 95 Nouran El Torky defeated France’s world No. 26 Coline Aumard.

Egypt’s Nouran El Torky pulled off the biggest upset of the day against Coline Aumard.

The twenty-four-year-old from Alexandria fought off three match balls in the fifth game from 8-10, 9-10, 10-11, to come back and clinch the victory 13-11 in fifty-nine minutes. El Torky will vie for a position in the main draw against Canada’s world No. 62 Nikki Todd, who upset Australia’s world No. 42 Sarah Cardwell in three games.

Amanda Landers-Murphy was the third player in the women’s draw to upset the seedings, defeating Mexico’s five seed Samantha Teran in three games and twenty-two minutes. There will be an all-Canadian qualifying final between eight seed Danielle Letourneau and three seed Samantha Cornett, who both advanced in three games.

While there were upsets in the women’s draw, all eight men’s seeds advanced through qualifying, all but two of them in three games.

Qatar’s Abdulla Al Tamini needed four games to get past Englishman Adam Murrills at the University Club. Stanford coach Nick Talbott took a game off Scotland’s world No. 45 Greg Lobban in a fifty-two-minute match up.

Lobban will face fellow Scotsman and doubles partner Alan Clyne, who played in front of a packed Bay Club gallery with members cheering on his opponent and Bay Club pro, Charlie Johnson. Clyne dispatched the Englishman in a lively thirty-nine minutes.