Elias and Pallikal Karthik Pull Off First Round Upsets; Willstrop and Urquhart Advance in Five

September 27, 2017 By Chris McClintick no Comments 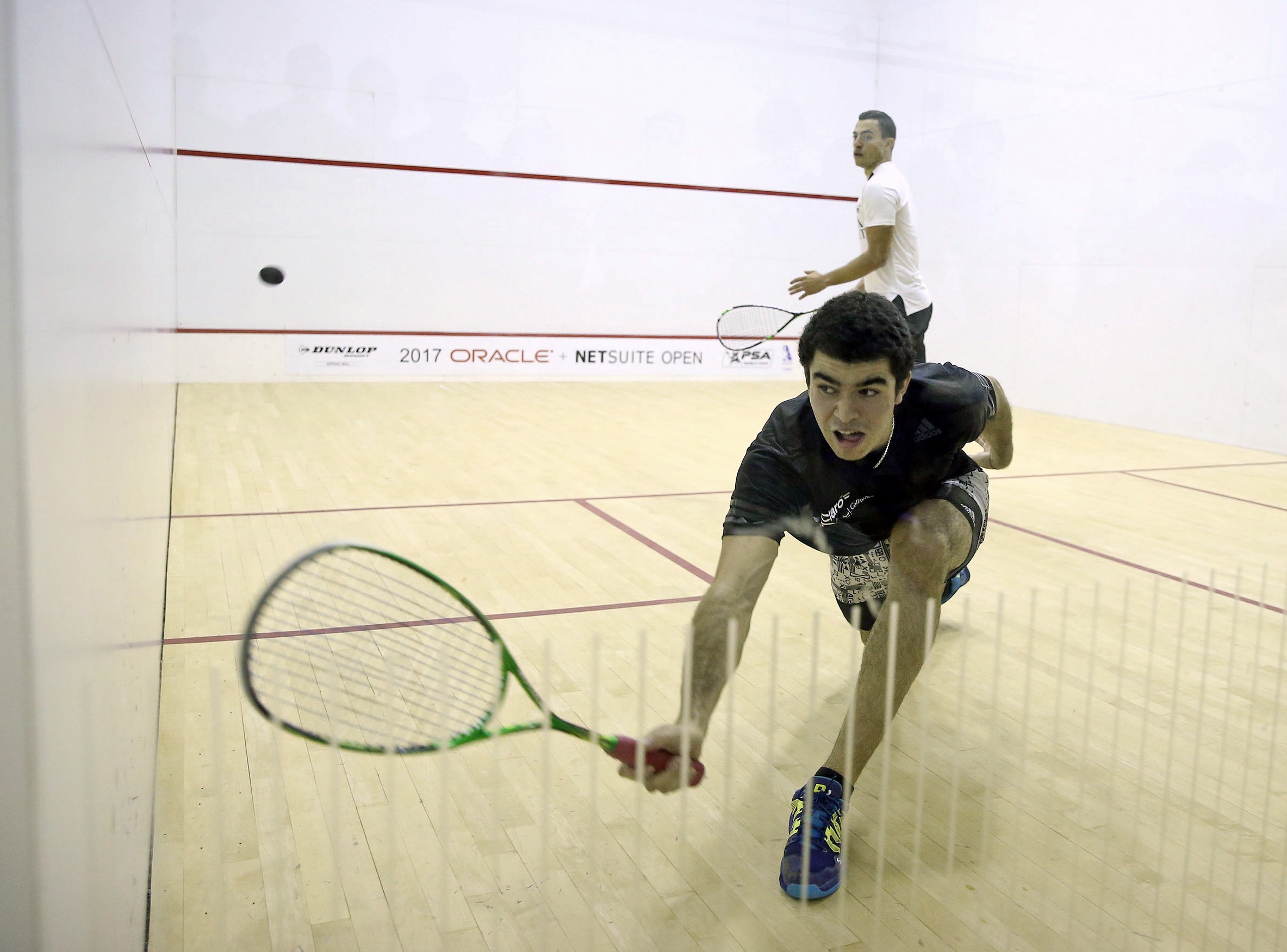 The traditional courts made for close matches throughout the three clubs.

The same Bay Club stands were filled with vocal supporters of their own teaching professional and women’s wild card Aisling Blake, who faced defending champion Laura Massaro. With the crowd backing Blake, Massaro won the well-spirited match in three games to kick off her title defense.

“I thought Aisling played well considering she’s been retired for two years and she certainly had the crowd behind her,” Massaro said. “I’m excited to be back, China didn’t go according to plan last month, but I’ve put in a few changes in training since then, so hopefully I can do well here ahead of going to the U.S. Open next month. Being in San Francisco is really relaxing, so I feel at home here.”

The Bay Club SF court hosted the men’s match of the first round in the form of four seed James Willstrop against qualifier Abdulla Al Tamimi. One year after facing a contrasting playing style against Miguel Angel Rodriguez, the shot-making Willstrop faced a similar foe in Qatar’s Al Tamimi, a pacy and skillful player who climbed up the rankings last season.

To the entertainment of the crowd, Willstrop and Al Tamimi traded games until the thirty-three-year-old Englishman clinched the match 11-6 in the fifth after sixty-five minutes.

“I don’t think you’ll get any easy games on the club courts compared to the glass in the cooler weather,” said Willstrop. “I knew about that and knew about him, thankfully, because he is very fast and very skillful. It’s also the first match of the season for me and it was a bit cloudy in my head. I have to thank my dad, Malcolm, because I wasn’t calm out there.

“There’s no time to think in squash and you’re under quite a lot of duress with the oxygen debt, so it’s difficult to think clearly and stay calm,” said Willstrop, the 2016 men’s finalist. “It’s that balance about knowing when your shot is on and when not to go for it when you’re under pressure. He was putting me deep and I was having to counter him. That’s the brilliant thing about squash, it’s about rally construction and choosing the right shots to play at the right time.”

In a renewed rivalry between two of the tour’s rising stars, Elias and Fares Dessouky, it was the world No. 17 Peruvian who avenged his loss against the Egyptian in their most recent match up this spring in four games.

In his first match of his final season, Nick Matthew recovered from losing the first game against Borja Golan to win in four games and sixty-five minutes 7-11, 11-9, 11-5, 11-4.

Team USA’s Olivia Blatchford proved to be the only three-gamer of the night at Redwood Shores with a twenty-eight-minute win over Yale graduate Millie Tomlinson.

The University Club of San Francisco were witness to a few of the top seeds starting their Oracle NetSuite Open in confident fashion. Women’s two seed and eight-time world champion Nicol David began her run in San Francisco by dispatching Egypt’s Heba El Torky in three games and thirty-two minutes.

Tickets are available on www.oraclenetsuiteopen.com.

Fans who can’t make it to Justin Herman Plaza can watch all of the action live on SquashTV.