ElShorbagy and Gawad Light up the Embarcadero; David Cruises to First Final

September 30, 2017 By Chris McClintick no Comments 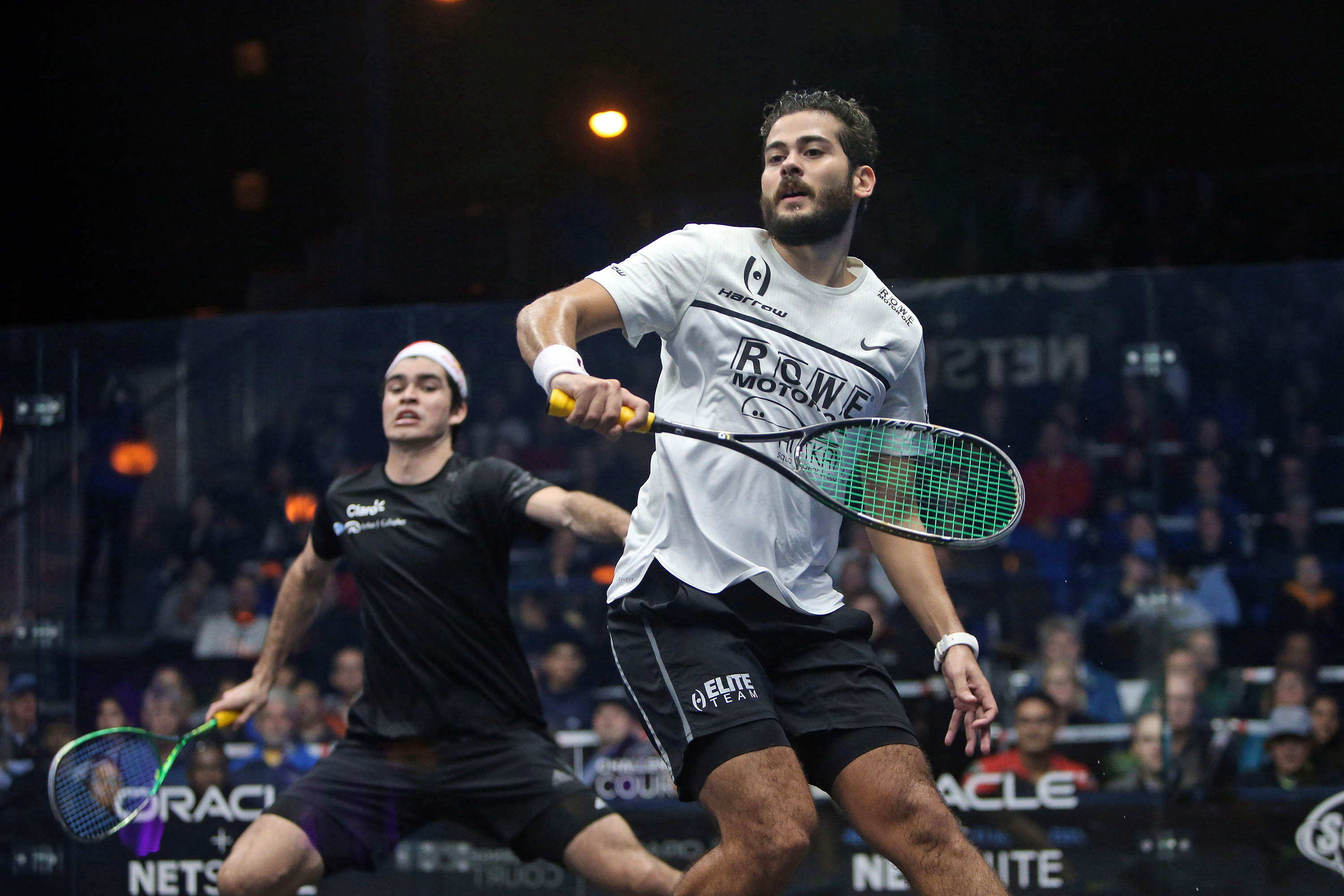 The first match of the evening turned out to be one of the most captivating of the tournament in what was a rematch of the 2017 World Series Finals between ElShorbagy and Willstrop.

The first game proved to be the quickest of the match with the Egyptian world No. 3 earning an early lead 11-3. ElShorbagy appeared to be on the cusp of clinching a two game lead up 10-4 in the second, when Willstrop miraculously fought off six game balls to win the second 13-11. The English former world No. 1 pressed on to win the third 11-8 and earn a 2-1 advantage.

ElShorbagy regained control in the fourth to force a fifth game, 11-6. A tense fifth game saw Willstrop fight off two match balls from 10-8 down and earn one of his own, 11-10 up, which ElShorbagy fought off to go on and win the match 14-12 after seventy minutes.

“After the first game and then being 10-4 up in the second, I don’t think many people understand the challenge I had to face after losing that second game,” ElShorbagy said. “I was thinking I should have been 2-0 up and then suddenly I’m 2-1 down in the semifinals against someone like James, it was such a huge challenge for me to stay positive and remove any kind of negative thoughts. I’m really proud with how I came back, it was never easy, and even in the fifth game, to be 10-8 up and then finding myself 11-10 down after having two match balls, it was challenge after challenge.”

Willstrop, world No. 7, reached the final last year as the wild card.

“James was playing so well today and once he won that second game and got his confidence, he was like a train, there were times when I couldn’t stop him,” ElShorbagy said. “I had to keep fighting and that’s what I do best. At 10-10 anything can happen and luckily I kept my nerve. It’s only our first battle of the season and I’m sure we will have many more.”

Eight-time world champion and two seed Nicol David followed on court against first-time semifinalist Dipika Pallikal Karthik. The ensuing match was a dominating display from the Malaysian, who recorded an 11-3, 11-0, 11-5 victory in twenty-two minutes to reach her first career final in San Francisco.

“After a five-gamer in the quarterfinals, you really have to start well,” David said. “She’s a dangerous player so I needed to be sharp from the word go. The court really worked for me today and I found my lengths, I found my volleys and I was really pleased to win that 3-0 and play the way I played today.”

Last year, David bowed out in the semifinals against Amanda Sobhy in what was her debut on the Embarcadero.

“I’m just so pleased to get into the finals here in San Francisco,” David said. “It’s my first time in the final here, so it will be very exciting for me to play in front of a great crowd. I’m looking forward to tomorrow and I’m really going to give it a good go.”

David will face Perry in the final, who has defeated David in their last three match ups.

Not to be outdone by his compatriot, top seed Gawad needed ninety minutes to defeat Peru’s twenty-year-old Diego Elias in the final match of the evening.

Elias, who was competing in his second consecutive semifinal in San Francisco after upsetting Nick Matthew, came out of the gates flying, outplaying Gawad to win the first two games 11-6, 11-4.

Gawad came out in the third refocused, and turned the match on its head to force a fifth game. After more than eighty minutes of play, the players found themselves level at 8-all in the fifth, at which point the world No. 2 pulled away to win the match 11-9 in ninety minutes.

“He’s really young but he’s very experienced and really mature on court,” Gawad said. “He had all the crowd on his side and he’s very talented. When I was his age I would do a lot of unforced errors and give my opponent too much respect but Diego doesn’t do that. He’s already very successful but he will be more successful soon.”

“It’s always good to play an Egyptian in the final,” Gawad said. “Me and Mohamed are almost the same age, he’s only six months older, and we’ve always been competing since we were seven years old. It’s very tough playing him and we always have a huge battle. Hopefully we’ll have a great match and have enough in the tank for tomorrow.”